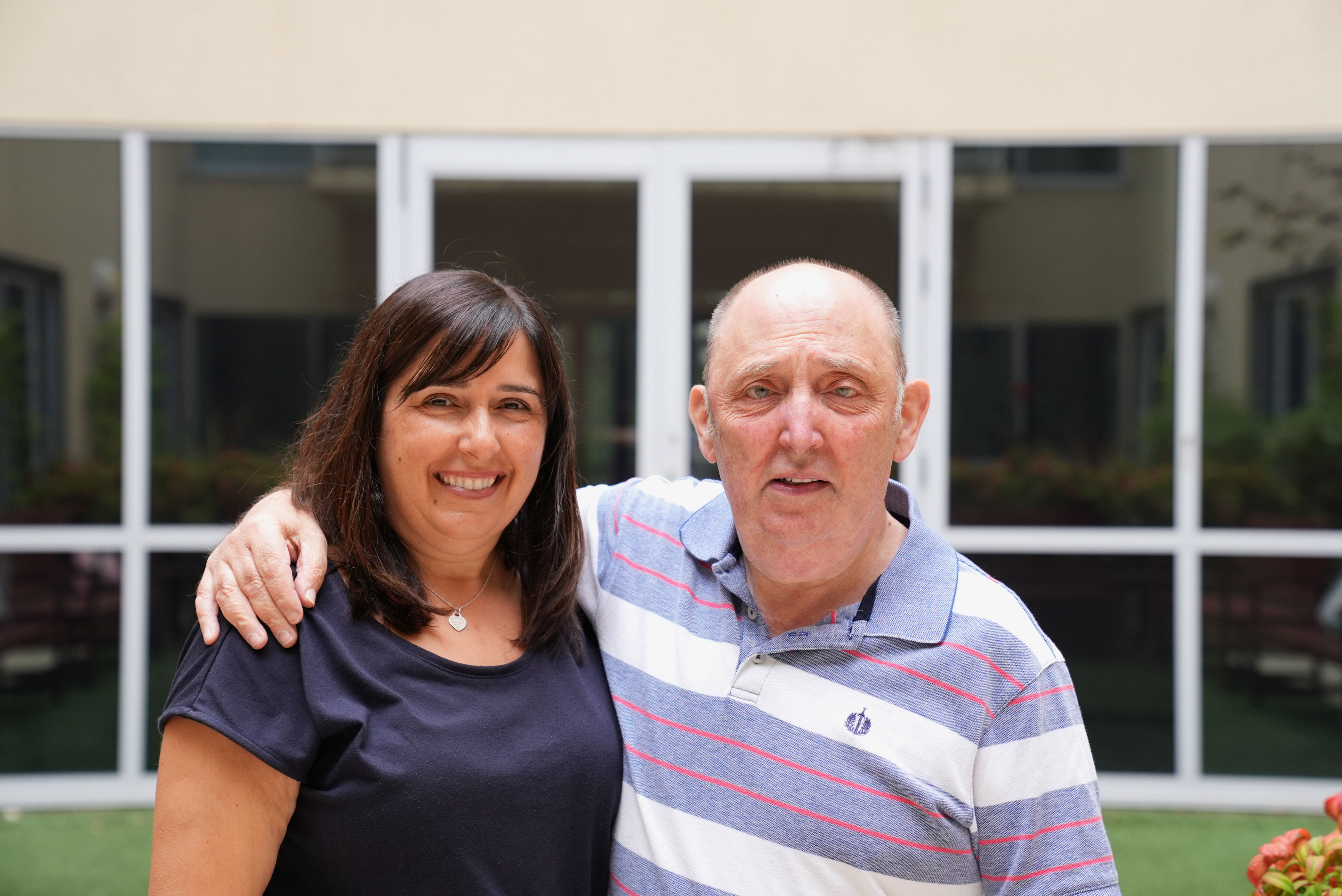 Making the decision to place a family member into care can be daunting. But when it came time to find care for her brother Enzo, Gabrielle Agosta says the decision was surprisingly easy.

“It was actually his choice to come and live here,” she says.

Enzo, who has an intellectual disability, moved in with Gabrielle after the death of their father. But after a year, the pair decided full-time care would better suit both their needs. They considered several facilities before deciding on Hope Aged Care – though looking back, Gabrielle believes the decision was obvious.

“The first time we were introduced to Hope Aged Care was 10 years ago,” Gabrielle says. “Our aunt came here to live, then six years later, her husband joined her.” Both times, Gabrielle says she was impressed with the quality of life Hope Aged Care afforded her relatives.

Enzo clearly felt the same – when a room opened up next to his uncle, he jumped at the chance to move in.

“Enzo loves it,” Gabrielle says. “He’s very social, so he loves the company; there are people around all the time.” An opera night and regular bingo games rank as highlights of his stay so far, as do the Italian coffee afternoons.

Enzo also enjoys the independence the facility provides him as one of its younger residents. “He can come and go as he pleases,” Gabrielle says. “He can go to work, visit family, do his social activities outside the facility. But most of all he loves the company.”

For herself, Gabrielle says she enjoys Hope Aged Care’s warm atmosphere. “I love all the open areas, the indoor and outdoor areas,” she says. “There’s a lot of fresh air.”

“When I come and visit Enzo, we normally sit in the lounge room and have afternoon tea, but his room is comfortable too; every room has a window. It’s lovely.”

At 61, Enzo can look forward to quite a few more years of independent living at Hope Aged Care. But Gabrielle can rest easy knowing the facility will have what it takes to provide for him well into the future.

“If I needed to place elderly parents in care, I’d definitely place them here,” she says. “Because it just doesn’t feel like an aged care facility. It feels like home.”

All Stories of Hope